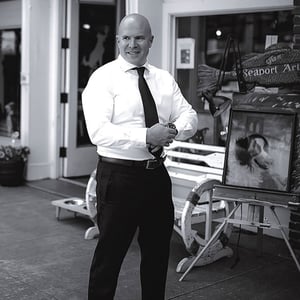 Spencer Baretz is a founder of Baretz+Brunelle. He has been called a “Communications Expert” by The American Lawyer, a “Legal Business Trailblazer” by The National Law Journal, a “PR Executive of the Year” by PR News Magazine and one of Lawdragon’s “100 Leading Legal Consultants and Strategists.”

A trusted advisor to many of the world’s most respected lawyers and financial professionals, his opinions on communications issues have been cited by The New York Times, among other leading media. Spencer has also executed the PR efforts for many of the most high-profile, high- stakes litigation matters of our time.

Prior to Baretz+Brunelle, Spencer practiced corporate law in New York at Katten Muchin Rosenman LLP, where he represented businesses including Sony, PR Newswire, Pequot Capital Management, Phillips-Van Heusen and Acclaim Entertainment on mergers and acquisitions, debt and equity financings, and general corporate transactions. A graduate of Boston University and Hofstra University School of Law, and published in the Hofstra Law Review, Spencer began his legal career by serving as a law clerk to The Honorable I. Leo Glasser, one of New York’s most respected federal judges.