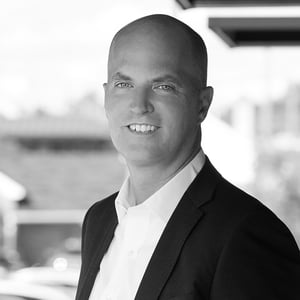 John Ford is a former litigator and skilled storyteller who produces exceptionally engaging content for lawyers and other clients. As the head of the B+B Content Lab, he manages a network of former journalists and talented writers who bring specialized knowledge to projects including the drafting of professional bios, practice descriptions and web copy for B+B’s clients.

John’s writings for clients have appeared in The New York Times, The Wall Street Journal, The Washington Post and many other national and trade publications. He has drafted more than 100 winning nominations for coveted professional honors such as The American Lawyer’s Litigation Department of the Year, Chambers Award of Excellence, Fortune’s 40 Under 40, and Law360’s Practice Group of the Year. Those successes, as well as John’s distinction by Bulldog Reporter as Blogger of the Year, reflect his special ability to take dense subjects and transform them into compelling, readable stories. For the same reason, he frequently advises clients on messaging for office launches and other transformative events.

John’s work draws on his experience as a litigator at WilmerHale and as a clerk on the U.S. Court of Appeals for the 10th Circuit. He also served as an editor of the Michigan Law Review while attending the University of Michigan Law School. Outside of his duties at B+B, John is the author of two young adult mystery novels. His first, “The Morgue and Me,” was nominated for an Edgar Award, and its follow-up, “The Cipher,” was an official selection of the Junior Library Guild. John is a graduate of Stanford University and received his J.D., cum laude, from the University of Michigan Law School.