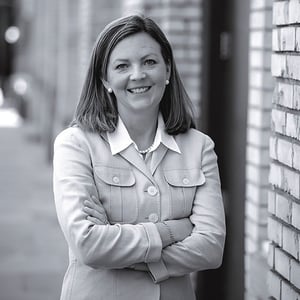 A founding partner of Baretz+Brunelle, Cari Brunelle is a highly valued advisor to leaders of law firms and corporations. Her clients regularly rely on her judgment in managing crises, conducting strategic PR campaigns and executing other vital communications initiatives.

Named a “Top Woman in PR” by PR News and one of the “100 Leading Legal Consultants and Strategists” by Lawdragon since 2008, Cari has spent nearly 20 years shaping PR strategy for prominent law firms. In addition to designing media relations campaigns that drive growth, Cari has guided national and international firms through high-profile news events including mergers, talent departures and government investigations. Her talent for crisis management—which earned her distinction as PR News’ “Crisis Manager of the Year”—has been called on by many legal, corporate and individual clients undergoing public controversies and “bet-the-company” disputes. Cari has advised clients and acted as spokesperson in litigation, takeover battles and in connection with international news events such as the cases of Anna Nicole Smith, JonBénet Ramsey and the astronaut Lisa Nowak, as well as the disposition of the estates of public figures, such as Martin Luther King Jr. and Muhammad Ali. She regularly provides media training for law firm partners and firm management, and has also trained non-profit executives, Fortune 50 CEOs and U.S. senators.

Cari brings a background as an award-winning journalist to her work for corporate clients. She began her career as a broadcast news anchor and reporter and produced two documentaries for PBS, one of which was nominated for an Emmy. She also served as the public information officer for a Virginia state agency and handled media relations for the University of Florida and Virginia Commonwealth University and their teaching hospitals. She is a graduate of the University of Virginia.